I kinda bought these on a whim after missing out on another 13:1 STi steering rack on eBay. And after driving a friend’s WRX I realized my steering wasn’t nearly as tight as I thought it was. Time to fix that problem, or at least head in that direction.

I wanted to wait until I grabbed a 15:1 STi rack to do these but finding a 2004 STi rack is proving to be more difficult than I expected. There are plenty of 05-07 STi racks out there, but it uses a slightly different mounting system. However these bushings are cheap ($20) so replacing them again won’t be a huge issue if I decide to go with an 05-07 STi rack. 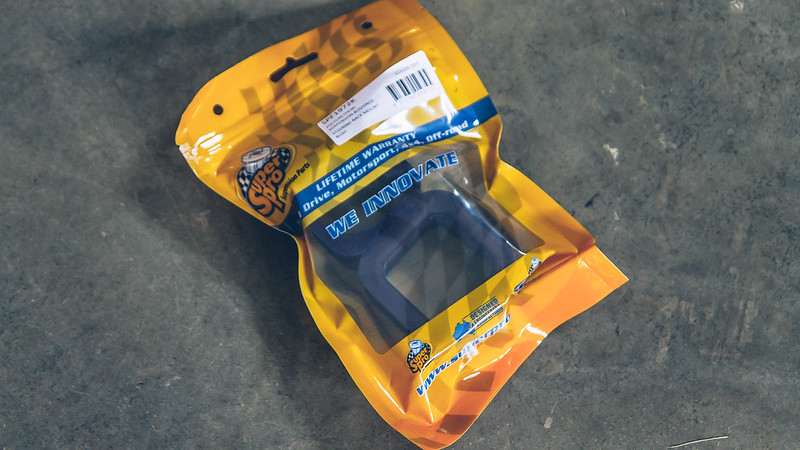 The install is pretty simple, if not only annoying to fish out the driver’s side mounting bracket. Grab your 12/14mm sockets and wrenches and you shouldn’t have to crawl out from underneath your car until you are done. 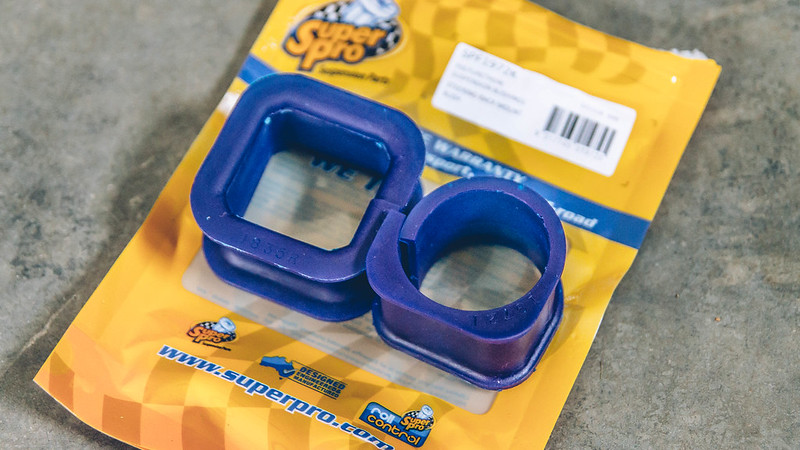 Since you have to detach the steering joint from the steering shaft (I tried to avoid this), I would recommend securing the steering wheel to the brake pedal to prevent it from moving. Marking the location alignment on the joint/shaft is not a bad idea either. Had I thought about it, I would of put the front tires on ramps to keep the wheels from moving too.

Once the car is in the air there are (4) 12mm bolts holding the jack plate onto the subframe. The front two have nuts on the top so a small wrench works great here to hold them steady. If you have a impact wrench, I would wear ear protection right about now. I didn’t have any handy and my beloved impact was merciless on my ears as the bolts were pretty rusty. 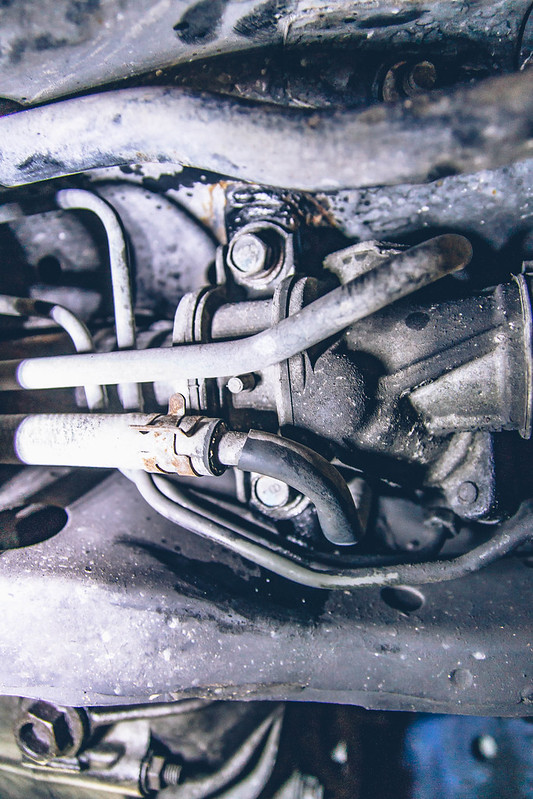 Next step would be to remove the 12mm bolt from the steering joint. Then the (4) 14mm bolts on the steering rack brackets. With the bolts out the steering rack should drop down with a little bit of coaxing. The only reason the rack needs to drop down is to finesse out the driver’s side bracket. The passenger side pretty much falls out on it’s own. 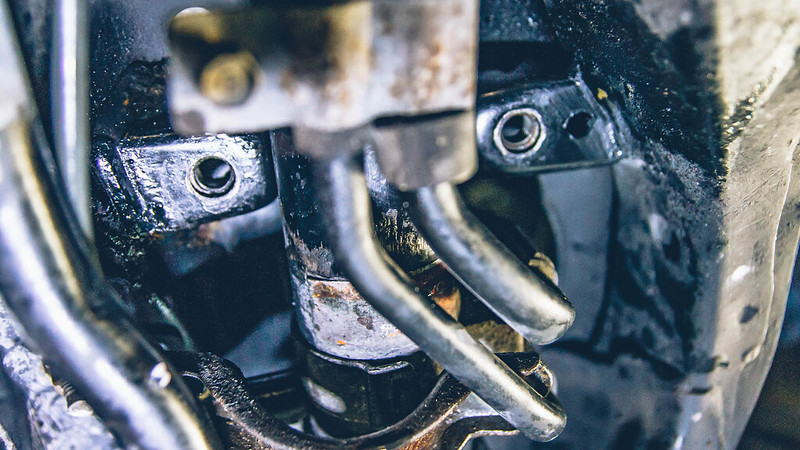 With the brackets out, you can pull out the OEM bushings and install the SuperPro bushings. I was actually surprised at the durometer of the OEM bushings. They were much harder than I expected. They actually felt like urethane. I was starting to wonder if I was wasting my time. At this point there is only one way to find out. 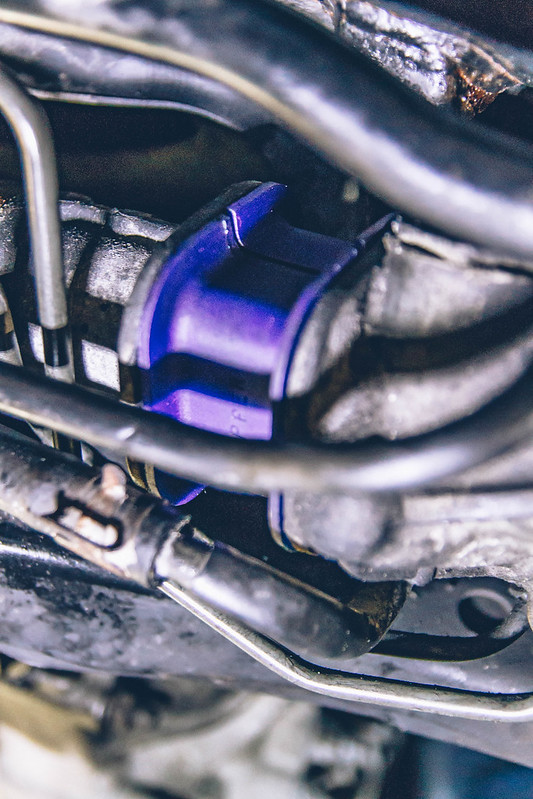 Button everything back up in reverse order to Gutentight specs and go for a test drive. Listen for any new noises in the driveway before you hit the road. Once out on the road, I could tell a difference with the new bushings. The steering is a bit heavier and ever so slightly more direct. Feedback seems to have only increased on large bumps though. Overall a good $20 purchase. I still need to get an STi steering joint and FLCAs for more feels. 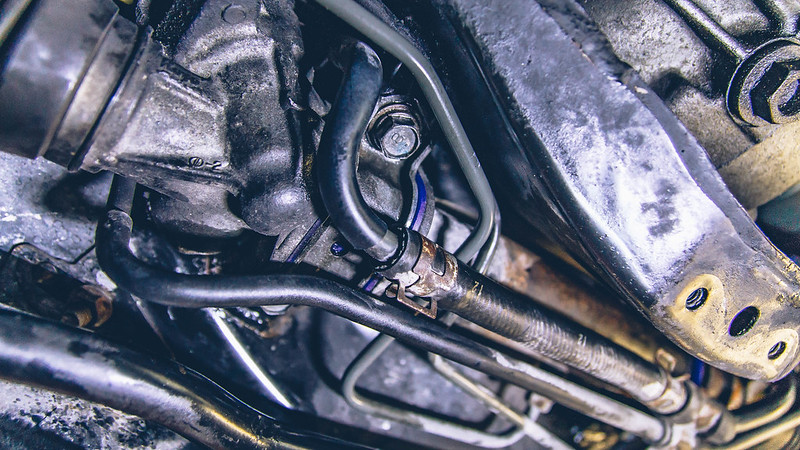 I probably won’t know how much they truly helped until I make another Dragon run. Which might be all the incentive I need to make another trip. 🤓