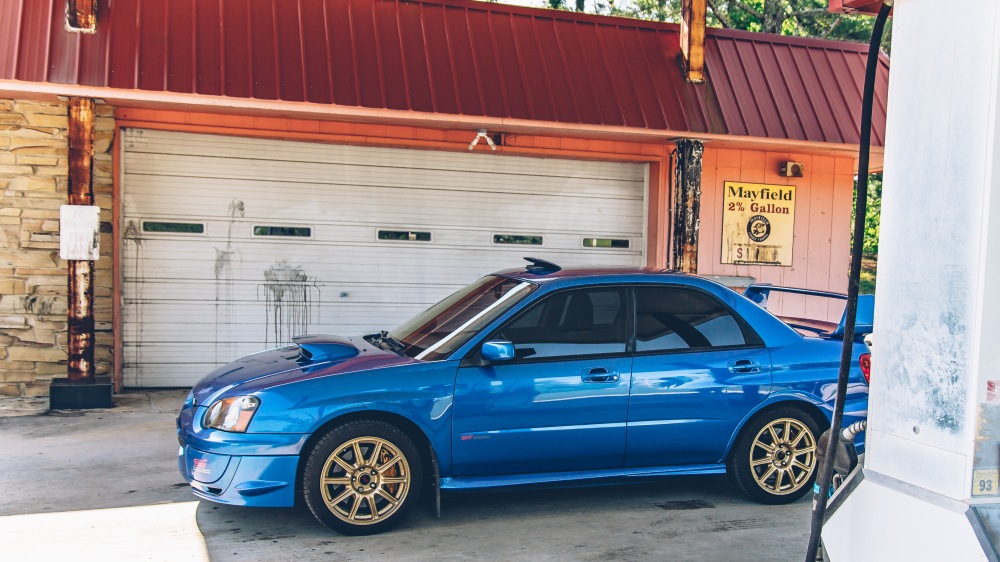 Kyle’s 2005 WRX STi is a great example of a well kept GD. While not 100% stock, it was clean and unmolested. And it doesn’t hurt that the Blobeye WRX/STi’s are my favorite Subies. So much so that I ended up buying my own 2005 WRX STi later on. And when Kyle told me he was putting his STi up for sale, I hopped into my wife’s Impreza and drove out to Crossville for my last opportunity to shoot it. 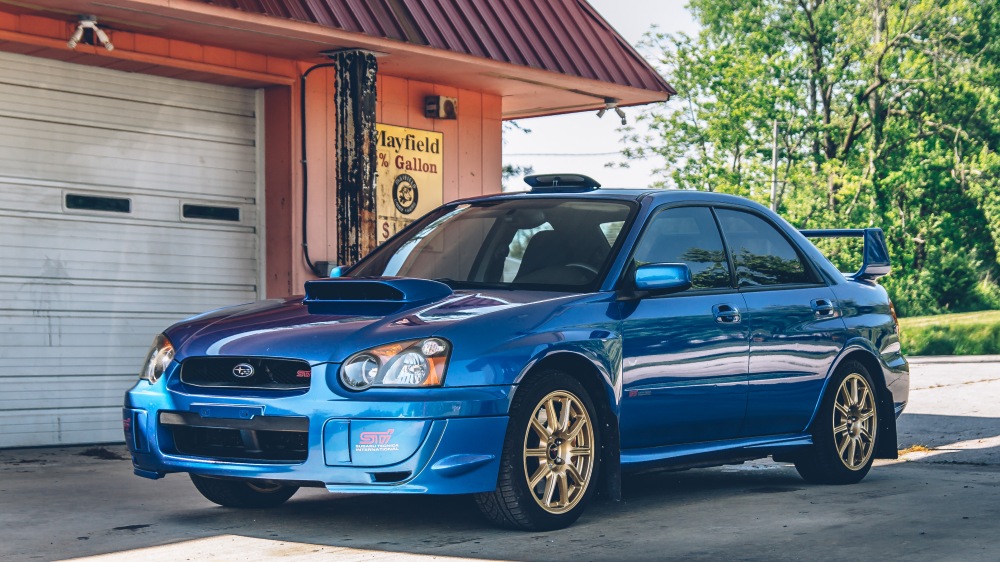 In my opinion, the Blobeye has the quirkiness of the the Bugeye along with the sleekness of the Hawkeye. The giant “snow shovel” hood scoop and rear wing are both over the top in it’s day and I love it. Even though the Bugeye came before it, whenever I think GD chassis, I think Blobeye first. 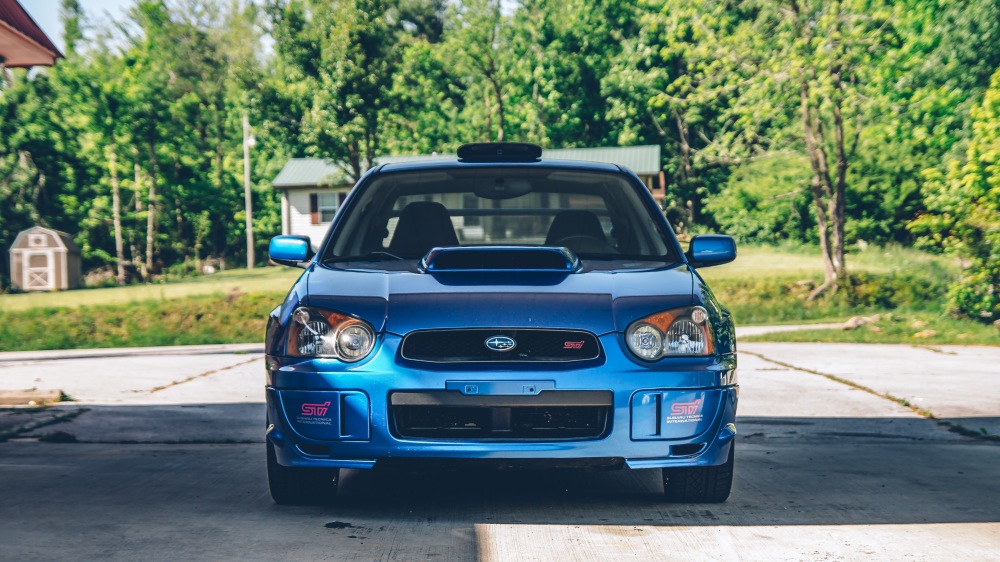 The tail lights are the cleanest of all the GDs, if not any Subie to date. Most people debadge the trunk, but I like that Kyle kept the S U B A R U badging in place. It feels pretty iconic at this point. 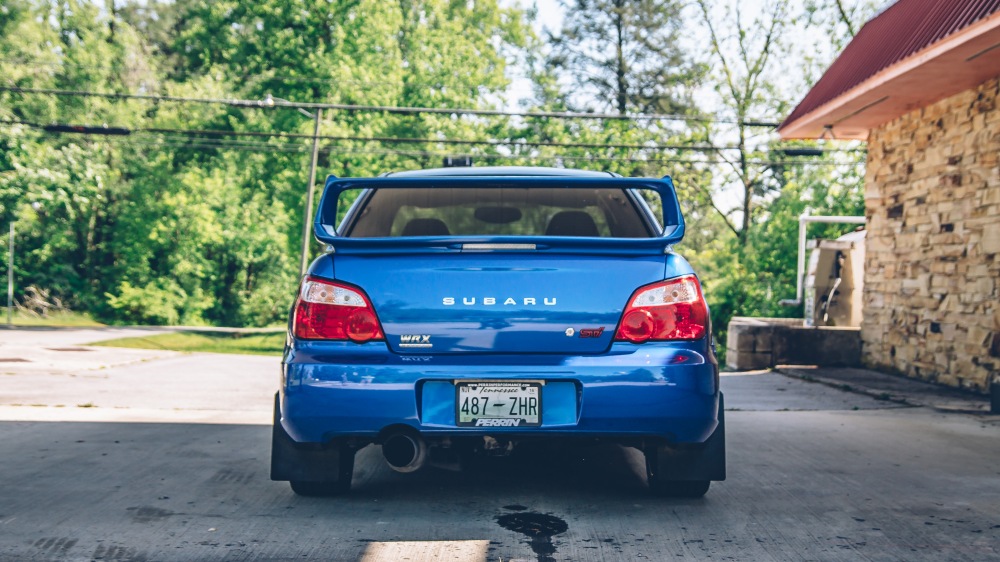 Prior to this shoot, Kyle had a Spec-C roof vent installed by Sam for mad tite JDM points. The air flow it provides is actually pretty good. I would love to have one for my WRX. As with most new OEM JDM parts from Japan, they are pretty spendy. 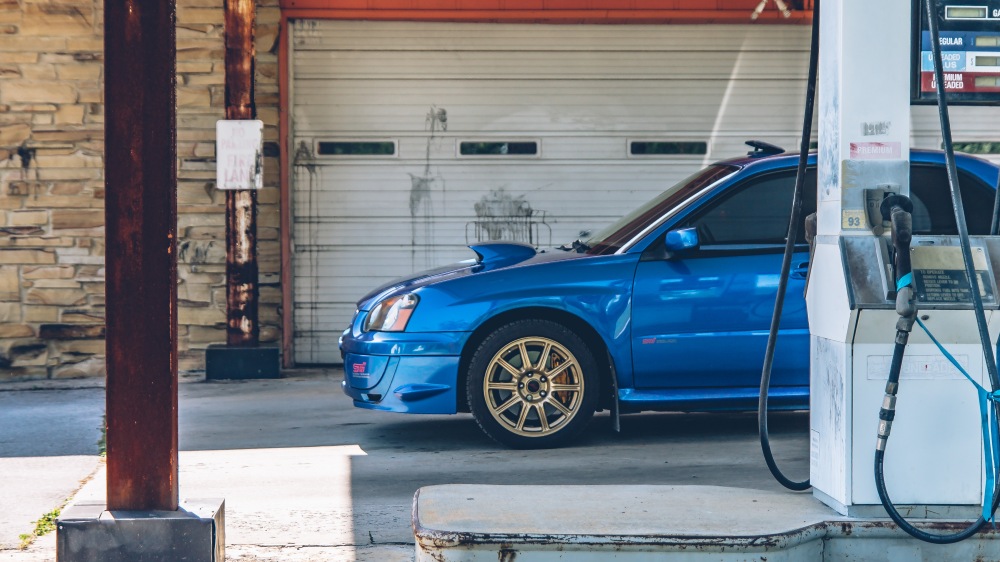 I got to witness this installation and it is not for the faint of heart. Much drilling and cutting going on. Many places to screw up and it came out great! 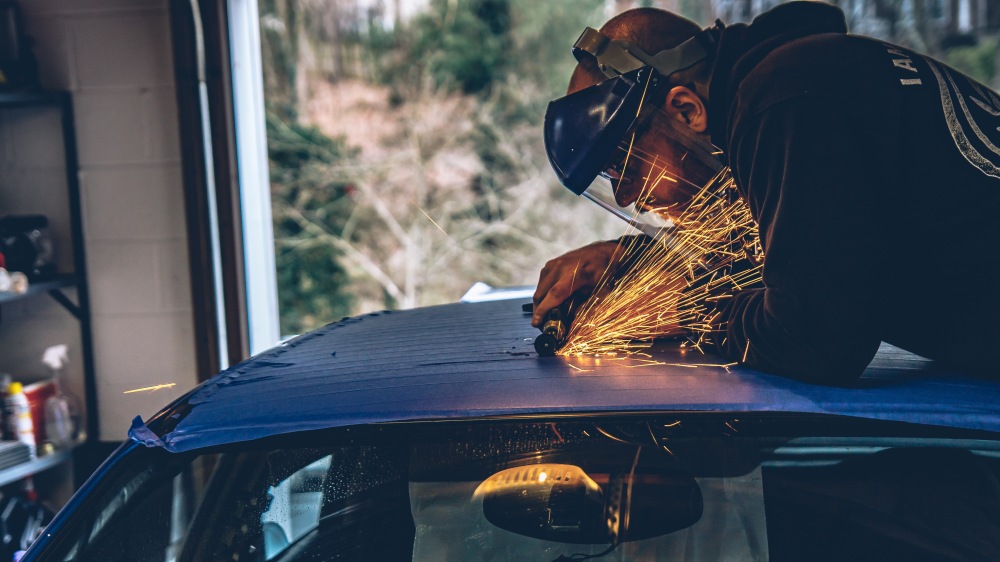 This STi had approximately 100,000 miles on it and was mostly stock other than your typical stage 2 parts and a pair of Cusco sways. Nothing crazy, as 05 STi’s are great performers right out of the box. 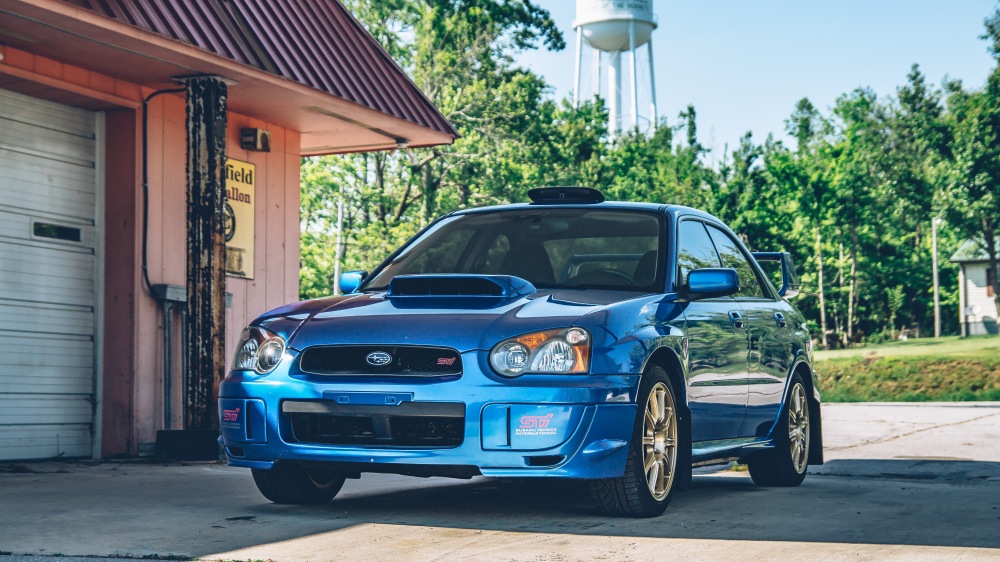 Finding an unmolested 04-07 STi is getting harder by the year. If you searching for one, be prepared to travel. Kyle flew to Florida for this STi back in 2010. I had to travel to Raleigh, NC to pick up my old 2005 STi a few years ago. 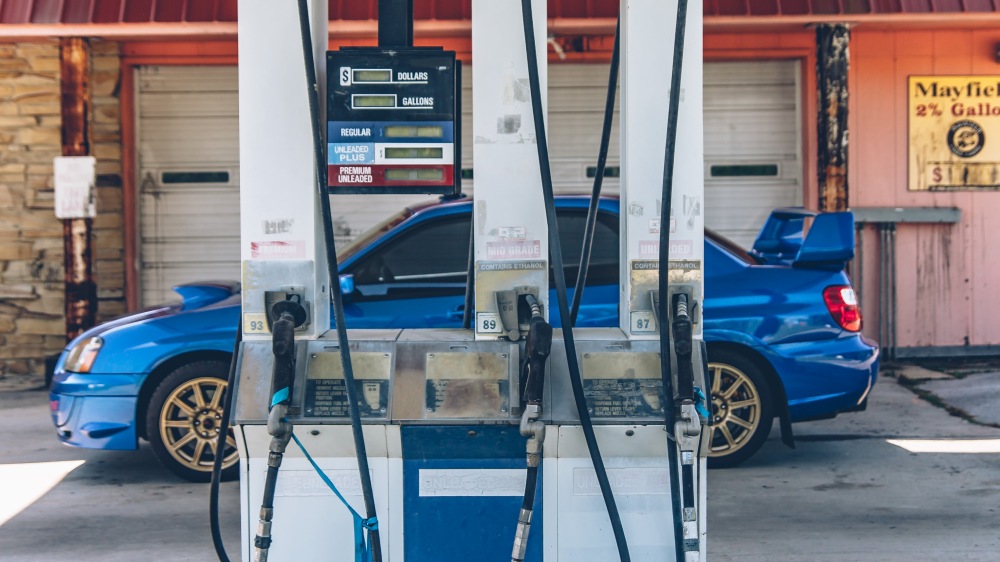 It has a Blitz cat-back which has a note that I love. I ended up buying a Blitz axle-back for my STi. The full CBE is pretty loud so the axle-back only was a nice compromise. I didn’t notice any depreciable loss in power with the stock mid-pipe. Unfortunately it looks like the axle back has been discontinued. 😦 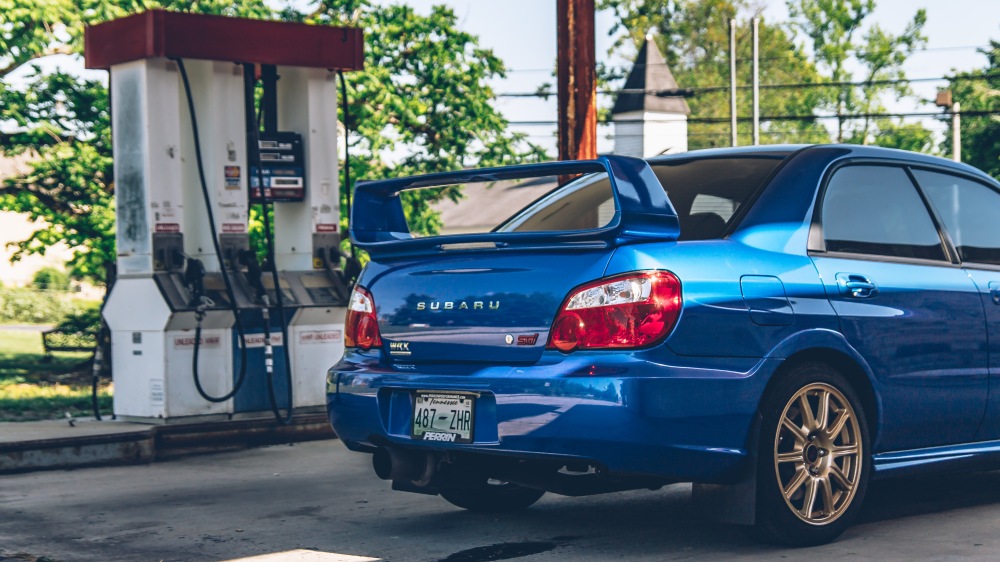 I could see why Kyle was ready to move on from this car. Even in mostly stock form this car attracts attention just sitting still. While snapping pics at the abandoned gas station we got several revs, peel-outs, and a couple people yelling out either complements or would-be challenges to a race. It was hard to tell sometimes. Something about that blue and that wing gets people motivated to do or say… anything. 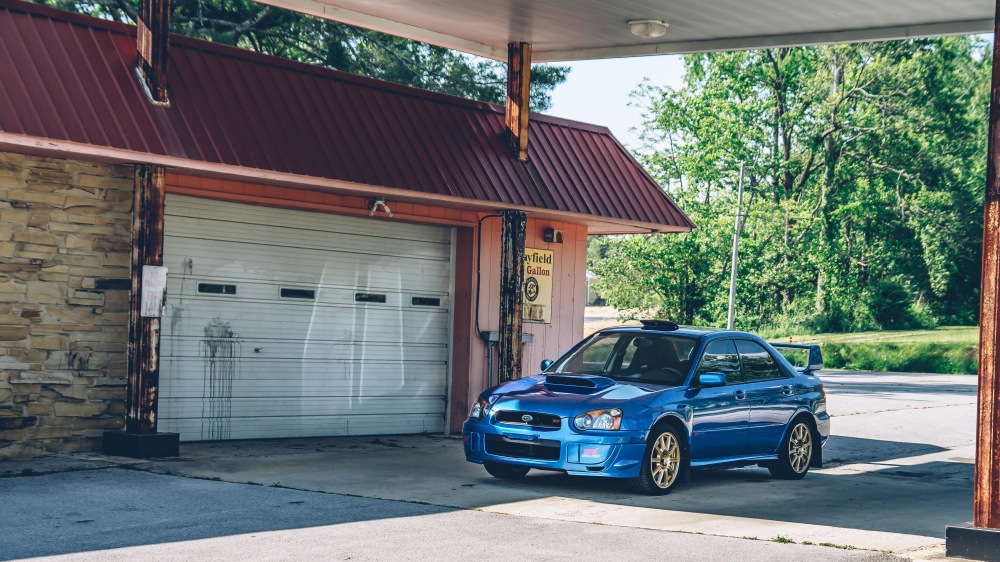 We left the gas station as the rate of these passing interactions began to increase steadily and went to a local hangout spot. I snapped a few more pics and headed home. A few months later this clean STi was headed to Nebraska. 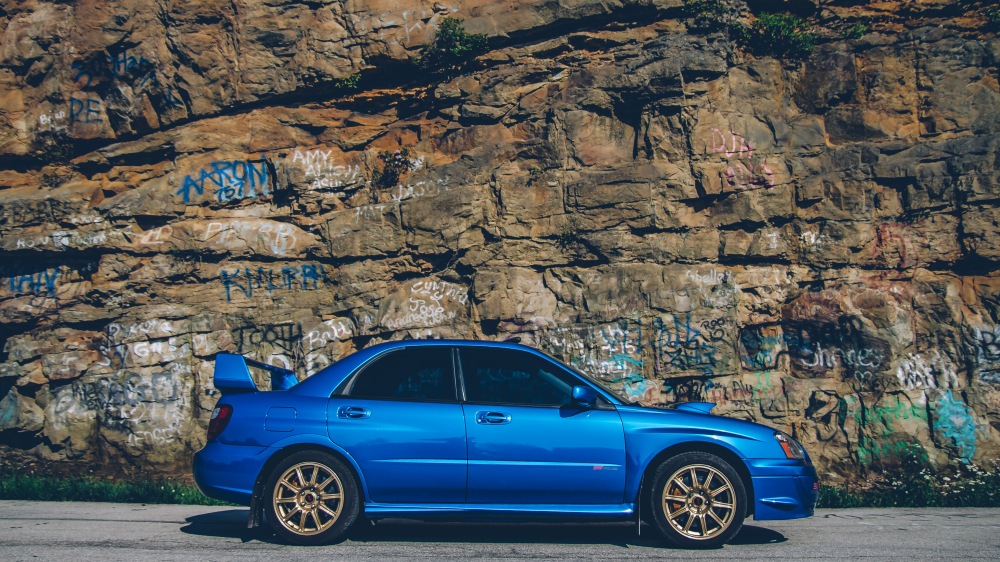 If you need any car parts from the RSD catalog shoot Kyle (kyle@subieworks.com) an email first, he may be able to get you a discount. 🙂 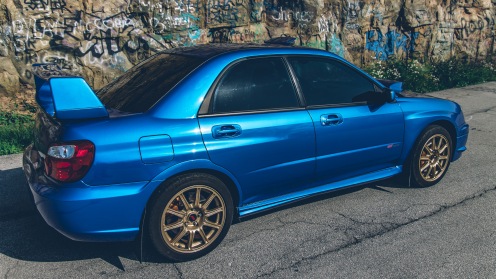 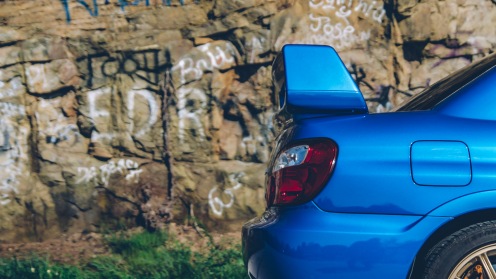 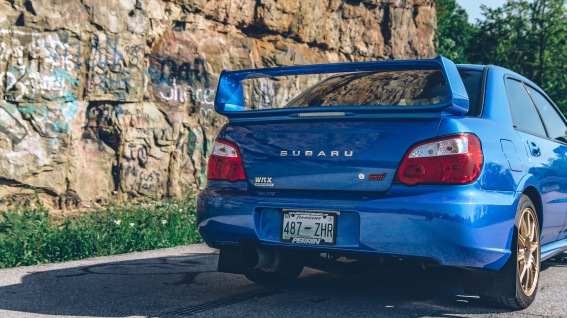 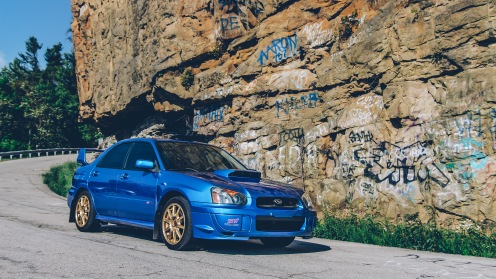 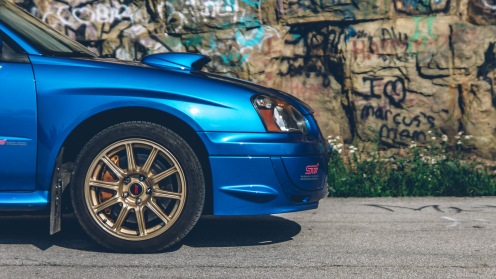 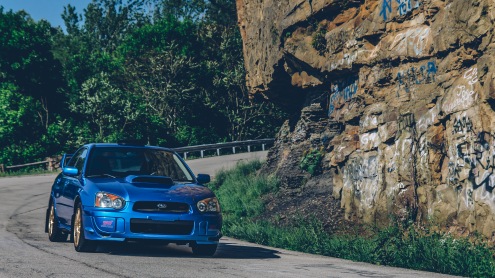 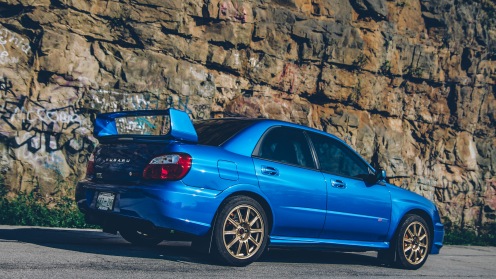