East Tennessee is home to several great roads to drive, with the most famous being the Tail of the Dragon. This is probably due to the the Appalachian Mountains running right along the eastern Tennessee/western North Carolina border. If there is a road running across this area then there is a good bet that it is probably a decent drive. My only concerns would be road condition and traffic. Hell, even interstate I-40 is a fun road when driving across the TN/NC border.

While the Dragon isn’t super close (it’s about an hour south of Knoxville), it is close enough to make an impromptu late afternoon trip to. I generally avoid the Dragon on Saturdays during the busy season, but I was itching to get some pictures of the WRX (and test out the Riken tires) so I took a chance.

To my surprise there was very little traffic, although I was stuck behind a truck towing two motorcycles on the way to the Dragon. I should of passed them when I had the chance but I thought they might turn off onto another road – which they nearly did, then didn’t for some reason…

Once at the Dragon they skipped several nice pull-offs in a row so I pulled over to snap some pics and put some distance between us. I wasn’t planning on a hard run but I didn’t drive all the way out here to stare at a trailer either. 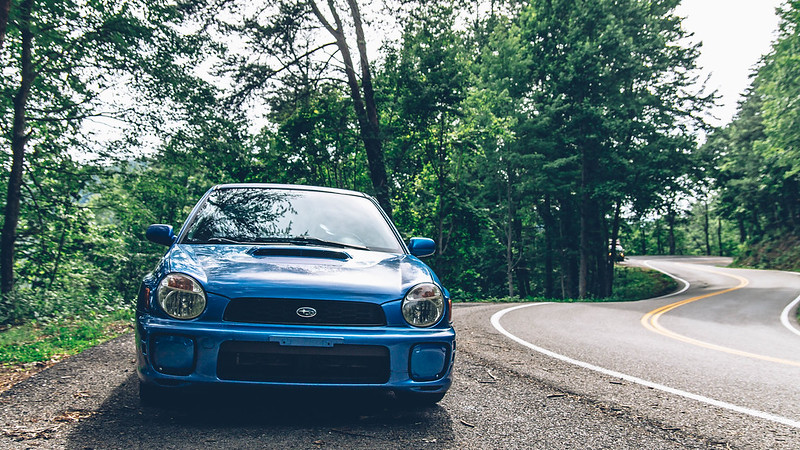 And I’m glad I did. A state trooper passed me while I was snapping pics along with a large group of Challengers and FJ Cruisers. So I took my time and snapped a few more. 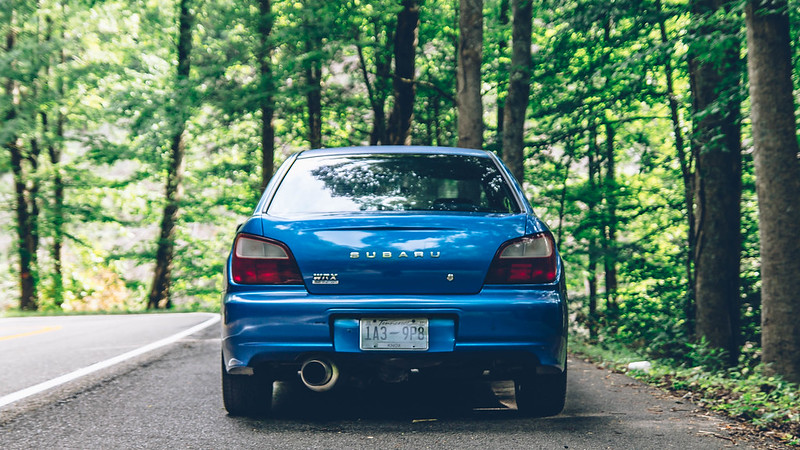 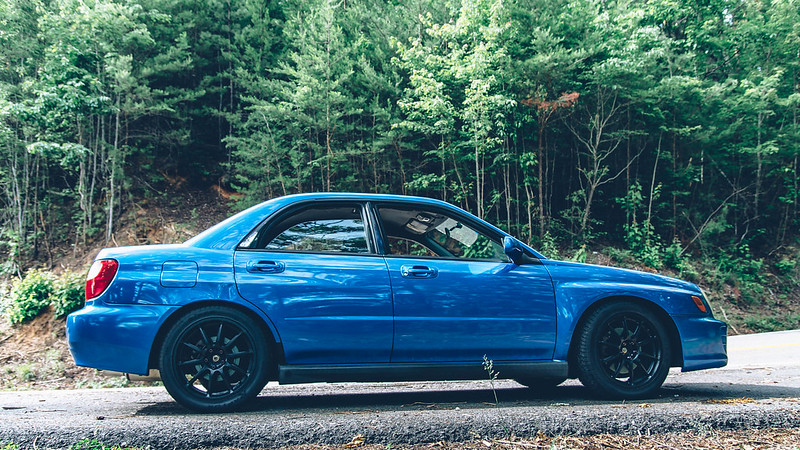 The lighting was good so I pulled over again to snap some more pics. 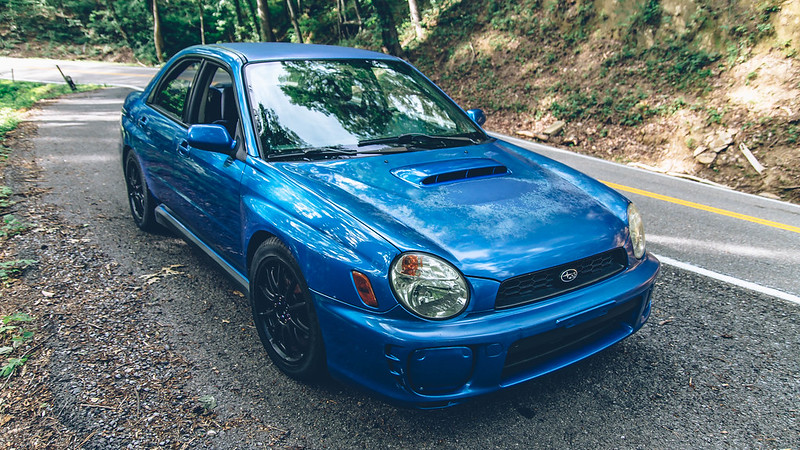 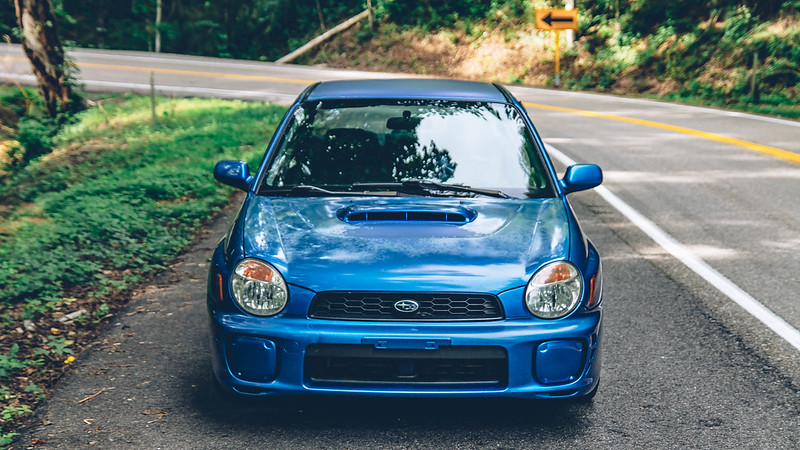 The Dragon is a very tight road with constant blind turns and a several switchbacks. At some point I settled into a groove and caught up to that truck towing the motorcycles again. Which means they pulled over and let the other cars through. For whatever reason they wouldn’t pull over for me so I pulled over again to create some space between us.

After completing the Dragon there are few options. You can pull over and hang out with everyone else at Killboy or the Deal’s Gap store. You can turn around a drive the Dragon again (a popular option). You can make a left onto Moonshiner 28 for a 103-mile run through North and South Carolina. Or you can do what I did and hang tight on US-129 and make your way to Cherohala Skyway.

Of course a mile later I catch up to the truck towing the two motorcycles. I start to take a picture of them just to kill a second or two (they were understandably driving slow), but then I distracted by Cheoah Dam in the clearing. 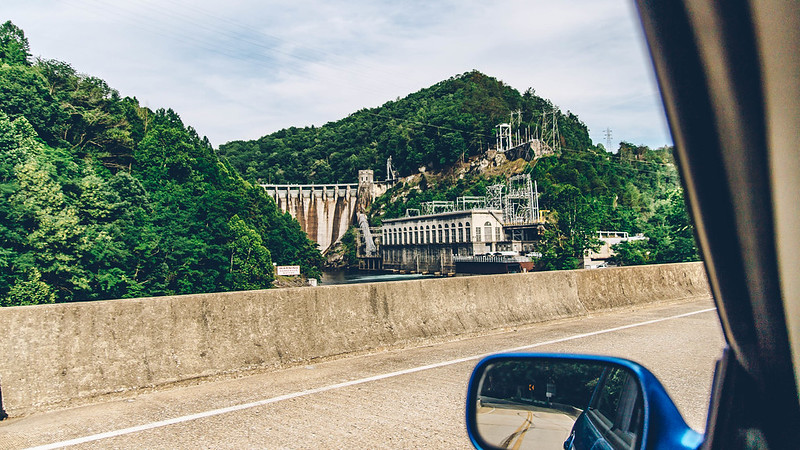 The road straightens out a bit after the dam so I finally pass them at the first opportunity. A motorcycle must of been impressed with what he saw because he came out of nowhere (he had to pass at least 4-5 cars along with that truck to get to me) and we engaged me in a impromptu touge battle for the rest of the way to Cherohala. I was happy with how the WRX performed against the bike but grew uncomfortable with what my speedometer was saying after a while since he was not giving up.

Eventually we caught traffic and he passed us on a double yellow situation. My turn was coming up anyways. lol.

Cherohala Skyway is like if you pulled and stretched the Dragon out over 50 miles. It’s more chill but in some ways it can be more dangerous. You can get comfortable at higher rates of speed on the nice sweepers and a tight curve will sneak up on you pretty quick. Take heed to the signage. 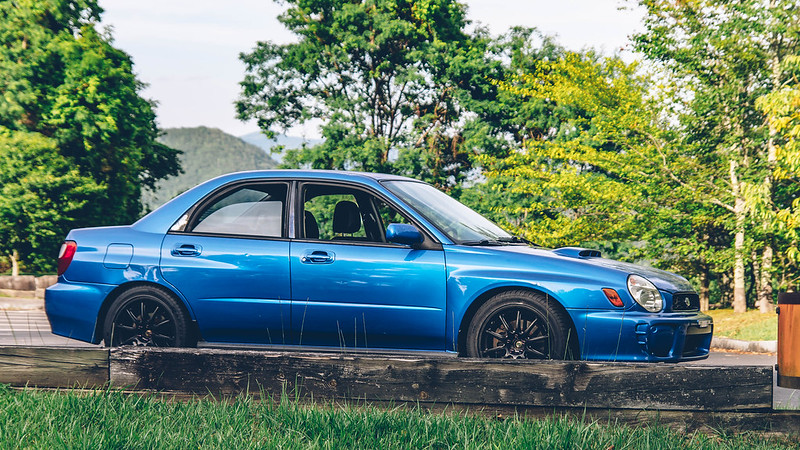 The traffic here is usually pretty quiet, if they aren’t here for the drive, they are here for the scenery. Every once and awhile you will see a motorcycle zipping through. I just pull over and let them pass. 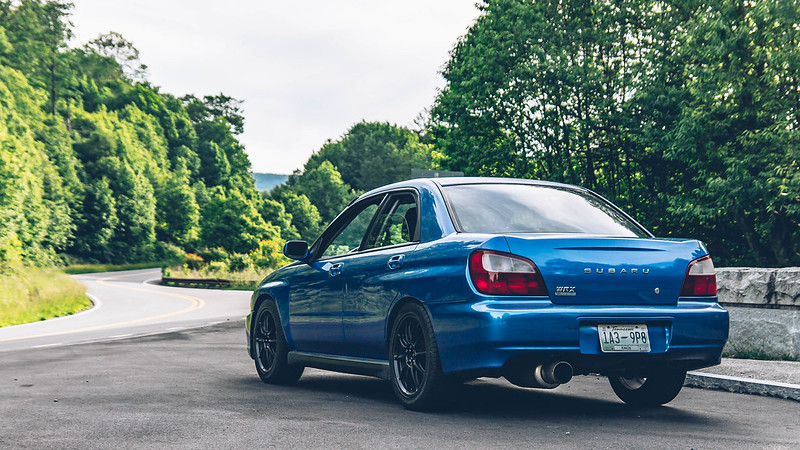 One of my favorite aspects of Cherohala are the elevation changes. It starts at about 900 feet above sea level and ascends to over a mile high. The road is constantly rising and falling along with every twist and turn. It’s great. 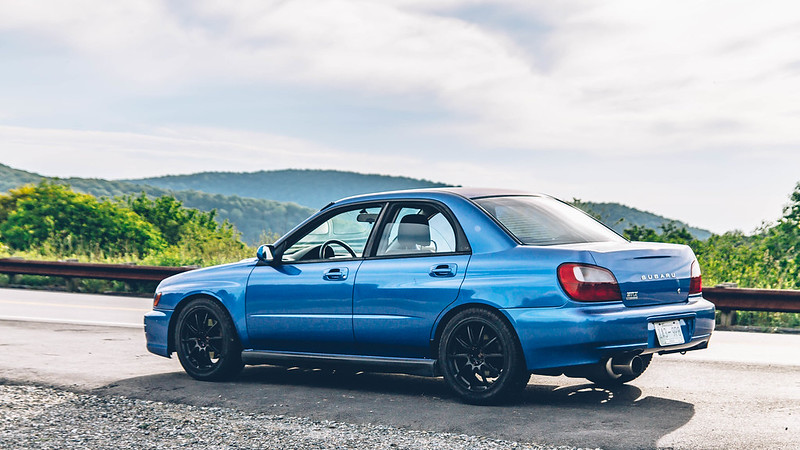 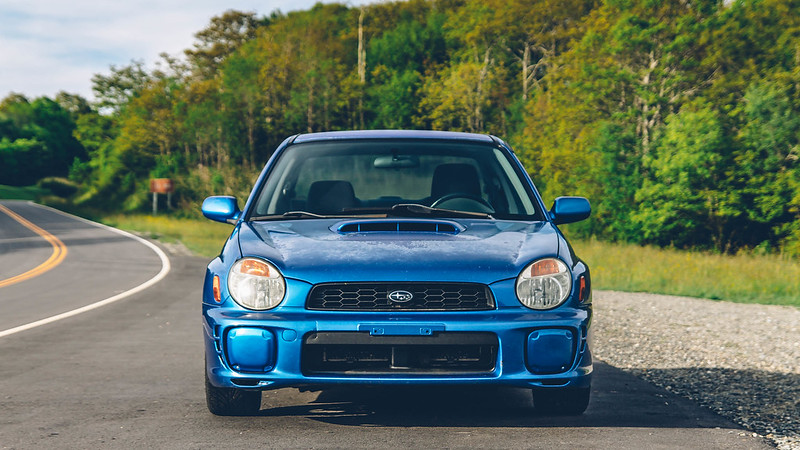 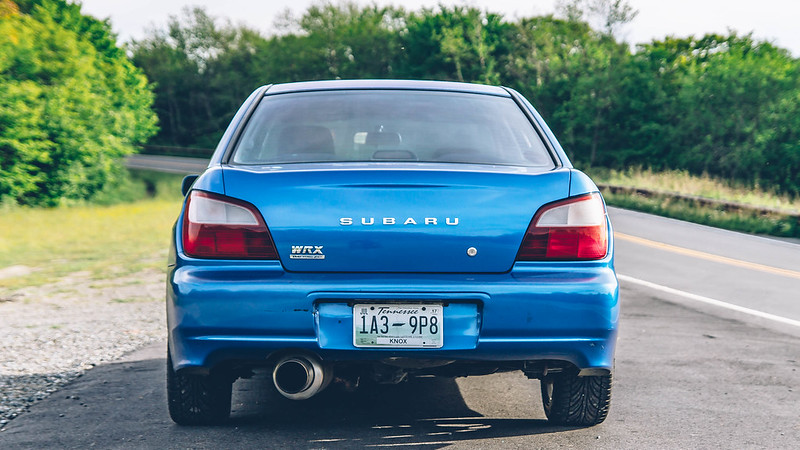 Unlike at the Dragon, there are many great scenic pull-offs on the Skyway. If you miss one just keep driving to the next one. 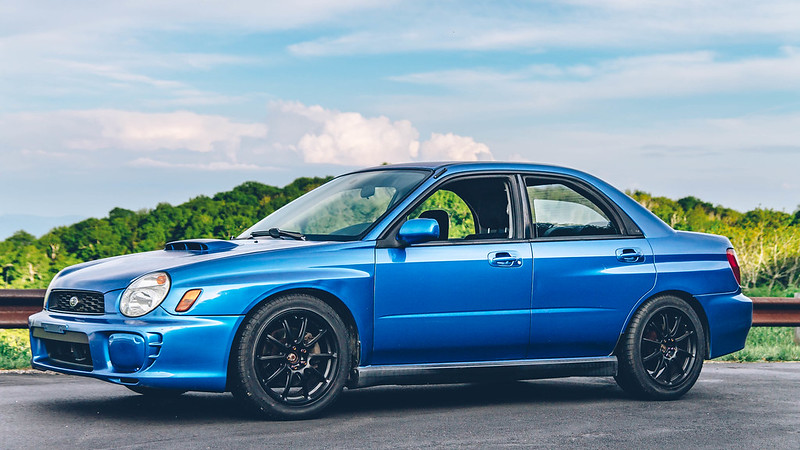 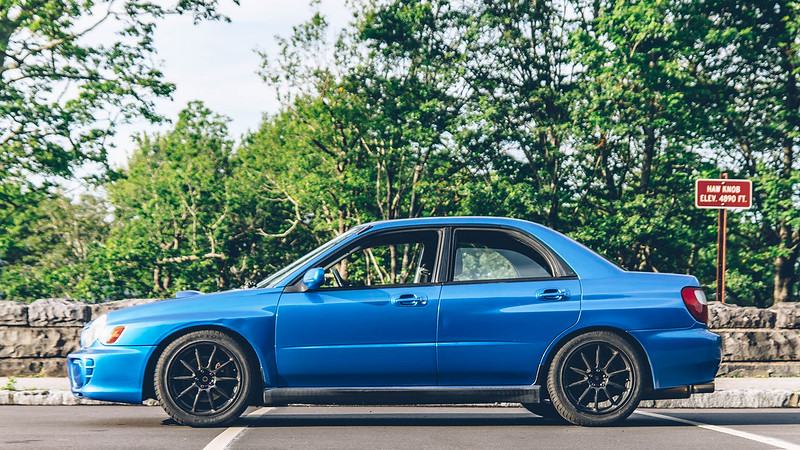 Or the next one. 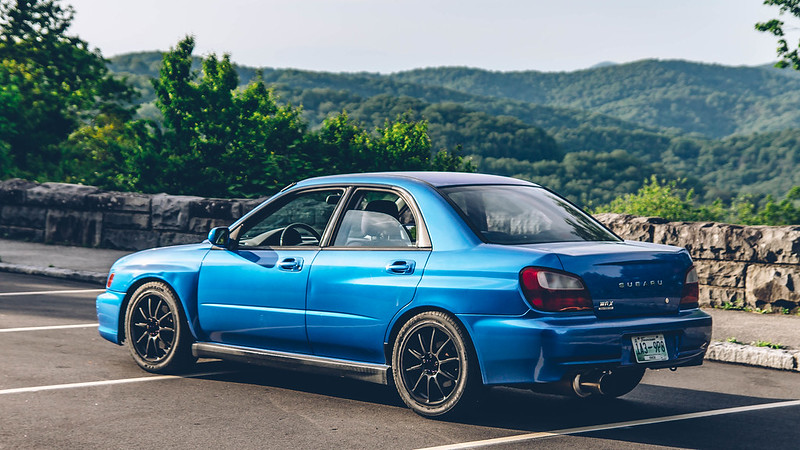 Or the next one. 🙂 At some point I remembered I hate driving at night and I was a couple hours from home so I made this my last stop. Unfortunately, all the hikers and canoers (is that a word?) made the same decision as well and I hit a traffic jam at the end of the Skyway. 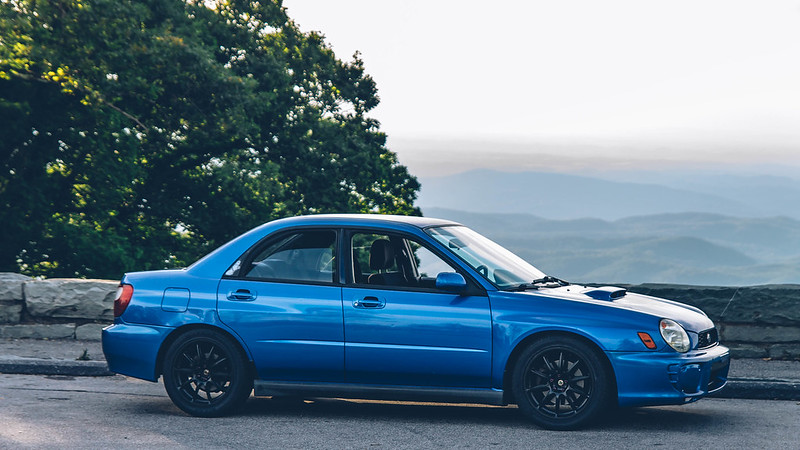 Overall, driving the Dragon and the Skyway is at least 2 hours of driving, and that isn’t factoring in the trip to the Dragon nor the trip home from the Skyway. It’s probably at least a 4 hour round trip without traffic and/or stops. If you wanted more driving you could start at Foothills Parkway or Happy Valley Road. They both end at the beginning of the Dragon. You could also turn onto TN-360 near the end of the Skyway for the Dragon/Skyway loop.

Or you could take TN-68 to the interstate and cruise on home.