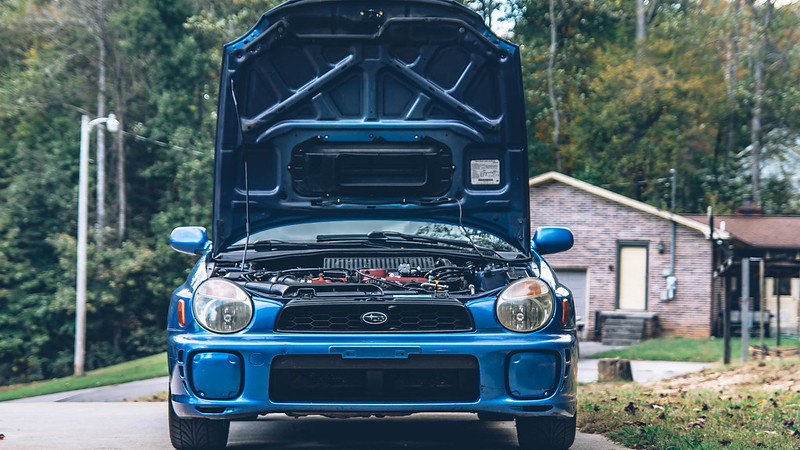 The EJ207 version 8 is an impressive Subaru engine. Once boost hits, it revs eagerly and willingly all the way to the 8,000-rpm redline. However, the problem is getting to the boost to even get the party started. Even with twin-scroll and AVCS, spool is pretty lazy until around 3,800-rpm for 18 pounds. Now on paper, this doesn’t seem so bad, as it would spool in the 4,400-rpm range in stock form. But from off-idle to about 3,000-rpm, the engine is just unresponsive. I’m not looking for full-boost in the low 3,000-rpm range (although that would be awesome!) I just want some responsive behavior instead of being ignored until mid-range.

Part of this is due to the gearing of the 5MT. First gear is fine. Second gear comes alive around 4,000-rpm. Below that is a DMV-like wait list for torque. So I can either shift at 5,000-rpm in first or lug it out through second. Neither is all that appealing in normal traffic; otherwise, when traffic moves, I get to fend off a Prius until boost hits. Occasionally, when I am desperate enough, I will do the 2-1 downshift, rev-match and pray my transmission will still be on team one-piece when I let the clutch out. I absolutely hate doing this.

Fixing the gearing is an option, albeit an expensive one. I go over most of those options in this post. Another option is to never drive below 40 mph, always. I’m still working on this.

The next best option is to improve boost control and response. I have a Grimmspeed EBCS and GFB BPV those helped with boost response. I’ve used TurboSmart IWG actuators in the past and they basically give you the boost response of an EWG, without all the fun upper RPM gains, and the noise. I’m usually fine with the noise for about a month, then I’m done.

So, before my fondness for the EJ207 fades to disdain, I emailed Kyle@Subieworks for a TurboSmart IWG and Grimmspeed Manual Boost Controller for more spool.

Removing the old IWG is pretty straightforward. If you don’t have a heat shield, it’s two 8mm bolts on the compressor housing and a c-clip at the wastegate arm. 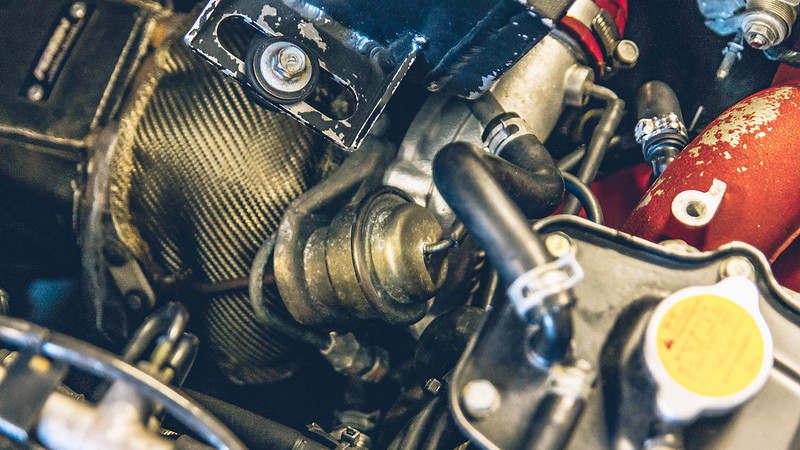 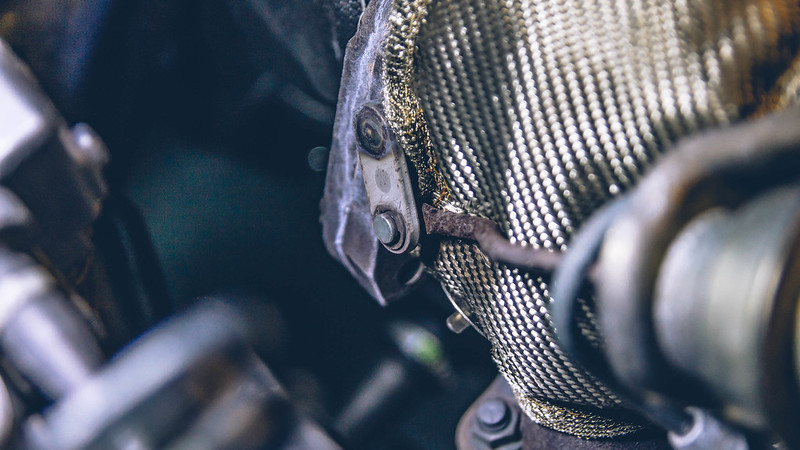 I did remove the TMIC bracket for better access to the bolts. 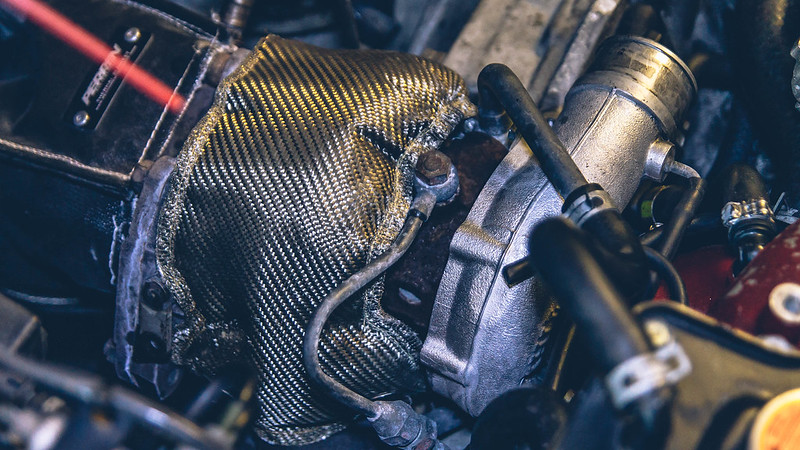 The TurboSmart IWG uses three bolts on the compressor housing to mount the bracket. Because this is made for single-scroll VF-XX turbos, the bracket will need to be modified (read: bent) so the IWG can reach the wastegate arm. This will take some trial and error to get a good angle. I had to tweak the oil line as well. I was in a hurry so I forgot to take pics of this process. Also, don’t forget about the preload. 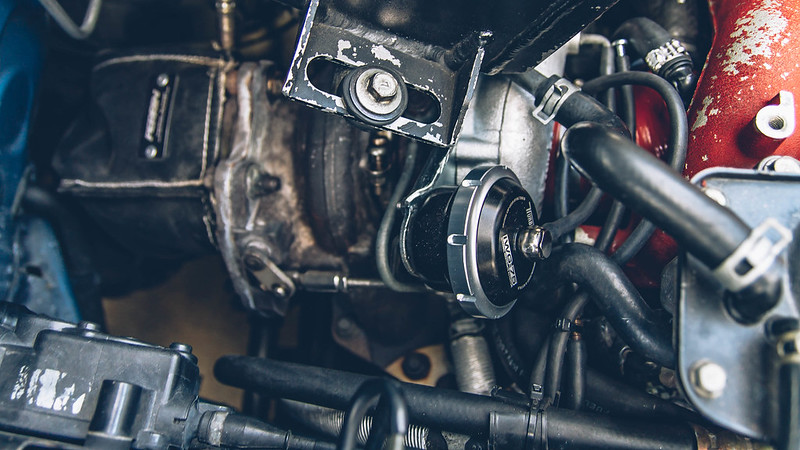 Once the TurboSmart IWG is in place, it’s time to hook up a hose from the IWG to the compressor and verify that I’m making base spring pressure of 7psi. After a quick test drive, I was indeed making a lowly 7psi. If you are making more, double check your connections and preload. Also, make sure your wastegate arm is moving properly. I used compressed air on the actuator to verify the wastegate arm operation. With the IWG done, it’s time to move on to the Grimmspeed Manual Boost Controller.

A hybrid boost controller setup allows the controller with the lowest boost setting to dictate boost. So under part throttle, EBCS can handle turbo regulations; then under WOT, the manual can take over. For EWG users, this can help with the choppy EBCS induced wastegate sounds. 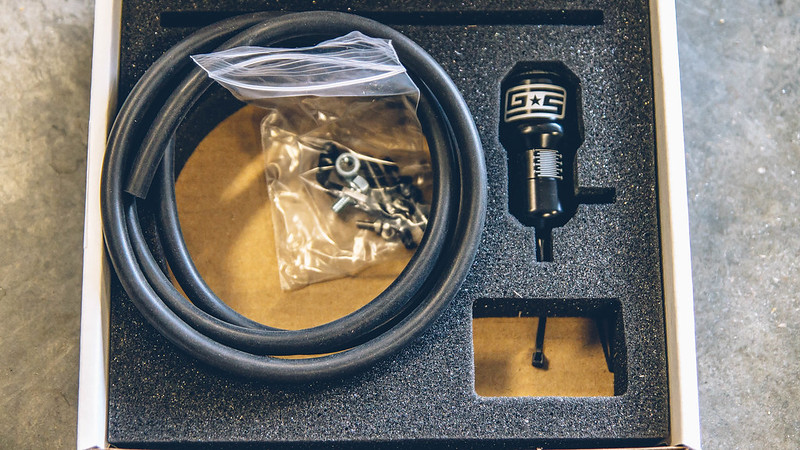 For a location, I used the free spot on my intake manifold. 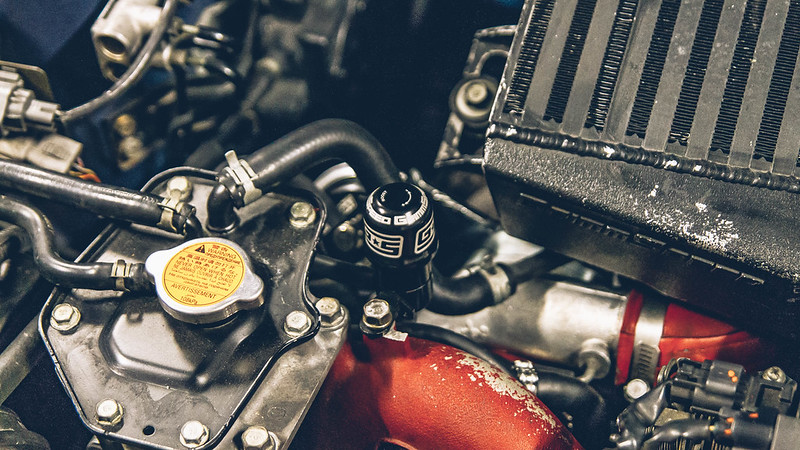 I found 4-clicks equated to about 1 psi; up until around 11 psi. Then it took about 8-clicks to gain another pound of boost. At 1 bar (14 psi), I called it quits. The car is pretty dang quick at this level, and I my clutch slips on occasion in 4th. I’m not ready to deal with the list of issues I need to address when I drop that transmission.

What I have found from daily driving is the low end from 2,000 to 3,000 rpm is more responsive. Not lights out, but the dead zone in acceleration has been lessened. The biggest change is from 2,500 to 3,500 rpm. Rolling into the throttle gives a corresponding rate in acceleration in second gear. This was not an option before. I would just wait until 3,500 when the turbo would rapidly spool up to full boost some 300 rpms later. While it is no EJ257 on the low end, it much improved over the previous setup. Long-term, I am considering upping the actuator to a 10-pound spring, or switching to a dual-port actuator. 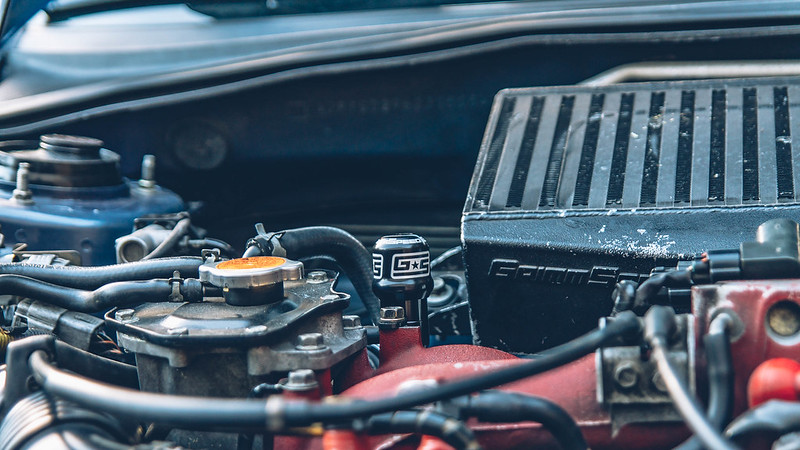 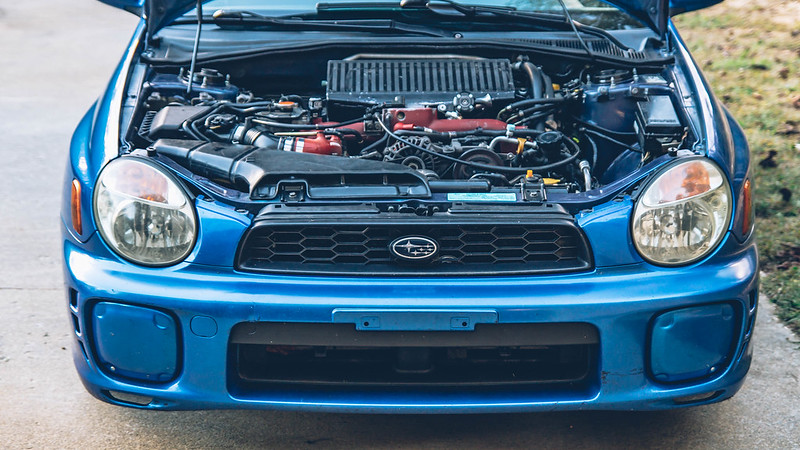 Up next: the top hats I picked out.