This was kind of an impulse purchase. I wanted my exhaust to be louder, but I didn’t have the funds to purchase the catback I wanted – the Tomei Titanium Ti. After youtubing a few videos on eBay catbacks, I decided to stick with my Genome exhaust after watching this clip again.

The TurboXS 3-inch mid-pipe is supposed to work with 2.5-inch axlebacks. It has separate bolt locations for such a setup. So I placed an order with IIR and it arrived a few days later. As with most car parts, I installed it immediately… sort of. 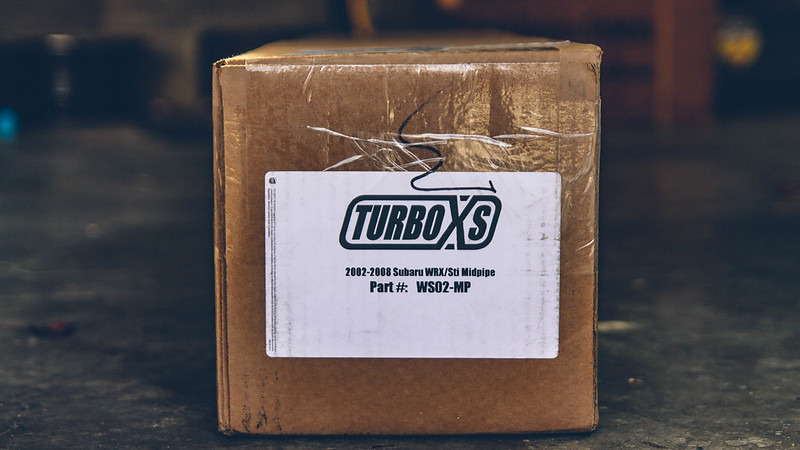 The packaging was fine. No issues there. 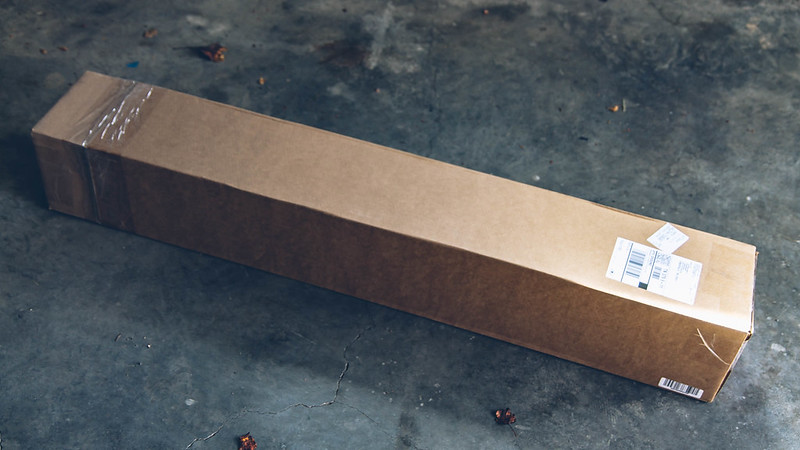 The quality is also good for the price. I don’t really care for polished SS exhaust piping, but it will be underneath the car so it doesn’t really matter. 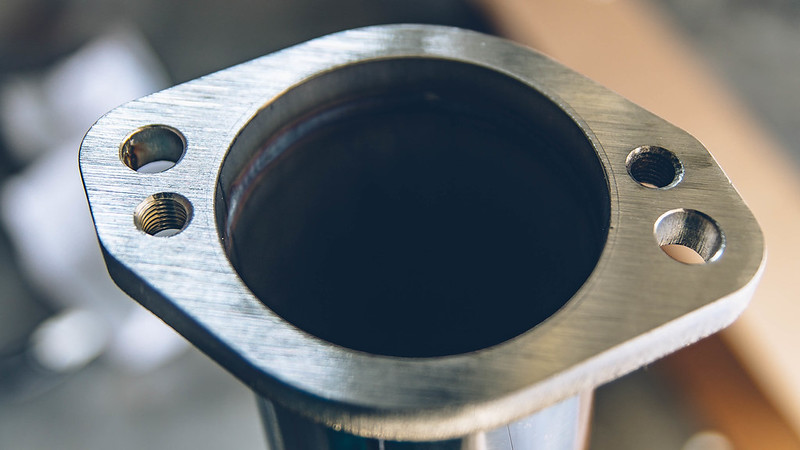 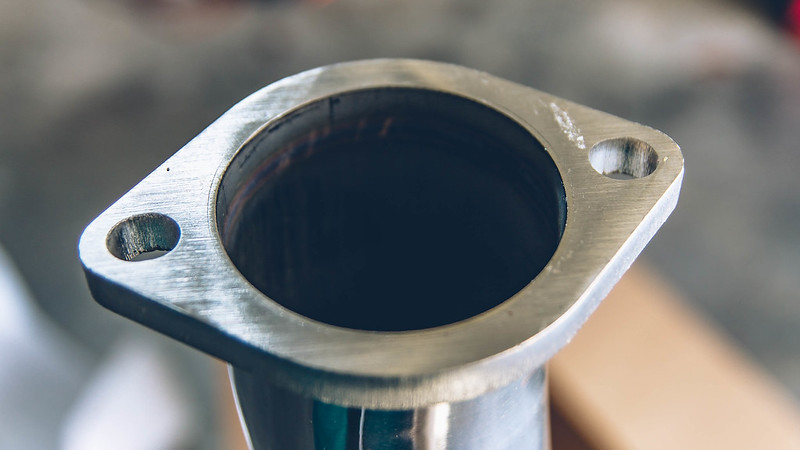 Removing the old mid-pipe is pretty straightforward. There are two spring bolts at the downpipe; two bolts at the axleback; disconnect the hanger and it is on the ground.

With the mid-pipes side by side, the difference in diameter between 2.5 and 3-inch is more apparent. Although the stock mid-pipe isn’t too bad and I don’t expect any power gains. With the resonator removed, I was hoping for a change in tone, similar to the one in the video. My exhaust is pretty deep for some reason. I like a decent mix of frequencies. 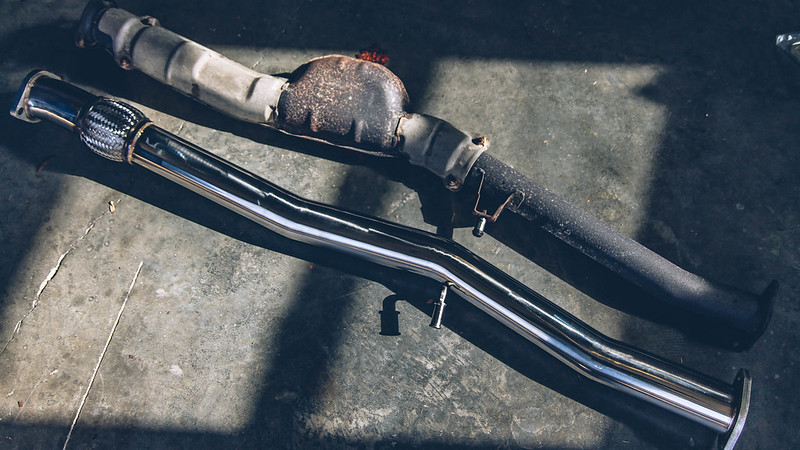 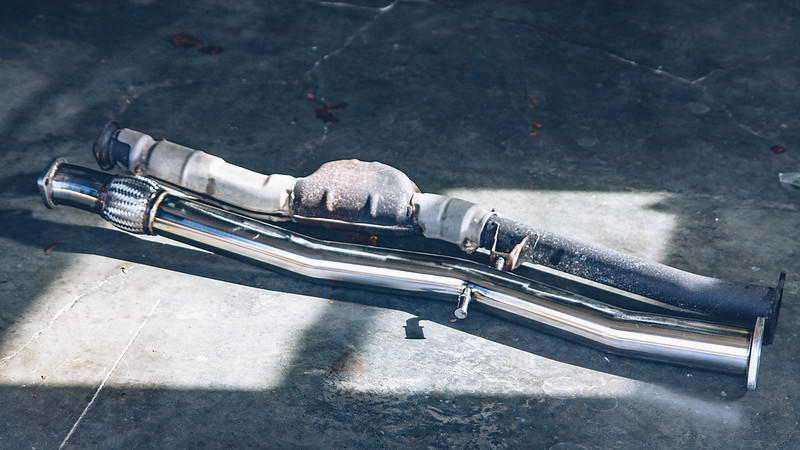 Installation should have been reverse of removal, however, as with other TXS exhaust products I have purchased, this one needed some modifications. The flanges are rotated just a hair off, meaning one end of the mid-pipe would bolt up and the other end would not. Since the axle back flange is threaded for 2.5-inch fitment, I had to elongate the holes on downpipe side flange. And the springs on the spring bolts needed to be cut down or washers used to shim the OEM bolts as the supplied hardware is too big for the stock downpipe.

After those mods, the mid-pipe more or less bolted up. On first startup, I had a massive exhaust leak at the downpipe. The spring bolts needed some more washers. 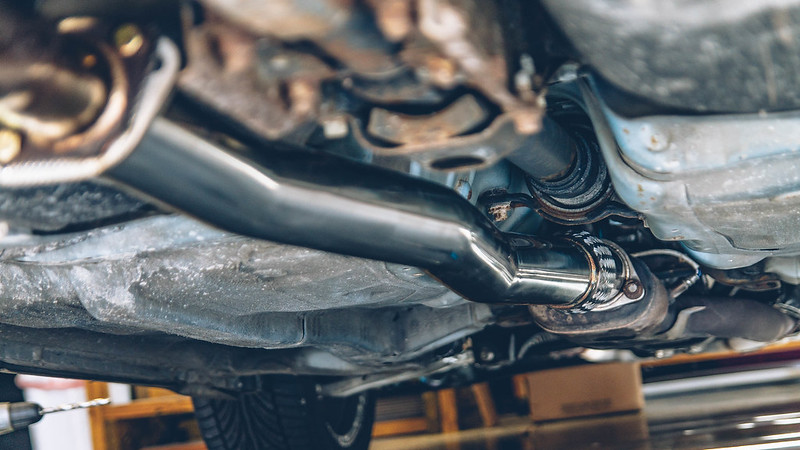 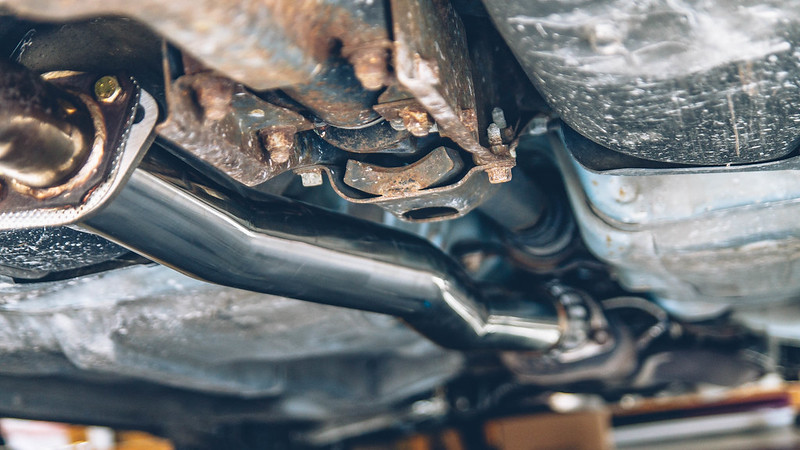 And on second startup, it was moderately louder than the stock mid-pipe, if at all. The tone changed a little bit, but not as much as I was hoping. I was pretty disappointed considering the work I put it. After a week of driving, I’ve noticed that the exhaust is much louder overall, but definitely under load. I get more pops and crackles than before and it flat out wails from 5,000 to 8,000-rpm. Cruising with the windows up is still pretty quiet. I don’t have any video clips as my camera does not care to record video consistently. I’ve been thinking about buying a GoPro for videos.

I think removing the suitcase resonator in the downpipe will help. Or in other words, switching to a 3-inch downpipe like the Tomioka Racing DP for twin scroll turbos. Unfortunately, that will probably push me into injector upgrade territory. My injectors are in the +95% range already. If I need to get injectors for the downpipe, I may want to consider other parts as well, like an intake. And things usually snowball from there. 😆